“All organizations typically need to transact, analyze, share, and publish data. We help people who have strong data but aren’t leveraging it in meaningful ways,” says Josh Sager.

“All organizations typically need to transact, analyze, share, and publish data. We help people who have strong data but aren’t leveraging it in meaningful ways,” says Josh Sager.

Josh Sager owns Viable Industries, a creative technology company that builds custom systems that enable businesses and nonprofits to make great impacts in the world with their data. During its seven years in business, Viable Industries’ systems have propelled a local business to franchise in 130 locations worldwide and digitized water quality information for the Izaak Walton League of America, among other projects.

Josh operates his business from his home in Pittsburgh, PA, but his clients cover all of the U.S. with pockets in Pittsburgh, PA; New York, NY; Washington D.C.; and Denver, CO. Viable Industries is most useful to expanding businesses who have grown beyond off-the-shelf software and need custom-tailored solutions for their data issues. And, for nonprofits with small teams, Viable Industries can create software that resolves issues that have scaled beyond the capacity of the team so they can focus on their primary work. Viable Industries’ custom solutions may result in a new grant management system, scheduling software, inventory system, and workflow solutions. Depending on the project, the system may exist as a database, IOS or Android application, Excel sheet, a map, and more.
‍

When a new client approaches Viable Industries, Josh spends time getting to know the client, their project, and the overall goal. He learns about their audience, vision, and previous successes and challenges related to their goal to assess whether Viable Industries is a good fit for the project. After they align on the vision and work, Josh begins to create flowcharts, reports, Excel sheets, or potential interfaces. Throughout the whole process, Josh continues to meet with his clients weekly for ongoing collaborations. At the end, Viable Industries delivers the final product, whether that is code, a web interface, or an app. After the initial phase of the project is complete, Viable Industries typically keeps supporting their clients with ad hoc developments.

Sometimes, business owners and nonprofit leaders need more tools to help them figure out the custom system that they want and how it will work. To define those details at the beginning of a project, Josh leads clients through consultation workshops so they can map out as much information as they can and set priorities for their goal. Ultimately, Josh supports his clients to define their goals and expectations so Viable Industries can create solutions that generate value within a few months.

During the COVID-19 pandemic, Viable Industries has helped a local retailer pivot their business so that customers can still access their services. Like a digital menu, Viable Industries is building an interface where customers can browse and select apparel from the shop. Originally, the system was going to be in a kiosk at the shop’s location, but during Josh’s ongoing collaboration with the client, their idea evolved into a mobile web application.

In other collaborations, Viable Industries built a proprietary inventory and reservation system for a Pittsburgh business in the medical marijuana industry. As the business grows, the system has reduced frustration from staff, who used to double enter information. Viable Industries has teamed up with a Scientist from Virginia Tech, The Commons, and the Maryland Department of Natural Resources to create an environmental modeling and tracking tool that could measure and track a project’s impact on the environment over time (which transformed projections that used to exist in paper reports on someone’s desk into accessible and usable data).
‍

Viable Industries is not Josh’s first entrepreneurial venture, but it is his first business that provides software and data solutions. In 2015, a former student, also named Joshua invited Josh to join his business, Viable Industries, and the pair designed a tool, in conjunction with The Commons, that supported efforts near Josh’s hometown in West Virginia that suffered from a chemical spill. The spill polluted the Elk River, leaving residents (including Josh’s father) without reliably clean drinking water for nearly a year. Water Reporter helps volunteers collect and capture qualitative data related to water quality. After that Josh was hooked. Over the next two years, Josh worked with Viable Industries’ founder and became more involved with the business’s development. In 2019, the founder made an amicable exit from Viable Industries and Josh became the head steward of the business.

“I’ve been an educator. I’ve been a videographer. I’ve been an artist and a programmer and now an entrepreneur. What has helped me be successful in this business is my ability to talk to humans and tell stories.”

When Josh joined the eforever Swissvale group, his peers reminded him that he was not alone.

The building that will become Viable Industries’ headquarters in Swissvale is well-underway, and Josh is anticipating hiring his first employee—a topic that he brought to his peer group. His facilitator also supplied a lesson around the best hiring procedures as businesses grow.

“The lessons are pretty cool and there’s almost always something to think about. But, those aren’t the reasons that I go back. The reasons that I go back are because I’ve connected and bonded with some of these people and they provide me mental health and a level of support that I’m not getting anywhere else, especially in the COVID era.”
‍

To start organizing and leveraging your business’s data in the most impactful ways, send Viable Industries a message at https://www.viable.io/contact-us. 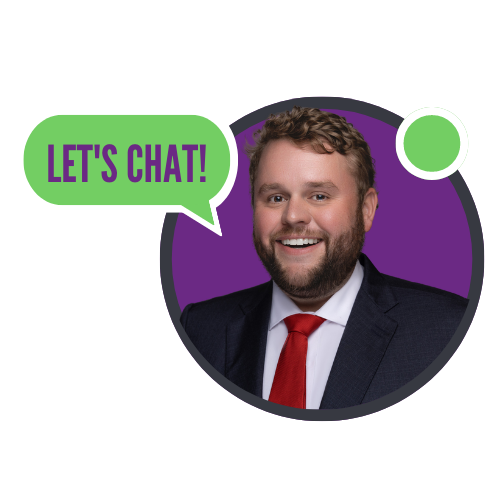